Posted on February 9, 2011 by piecedgoods

There’s a rather large coffee-table book that has been out a few years, Charley Harper, An Illustrated Life, edited by the designer Todd Oldham. 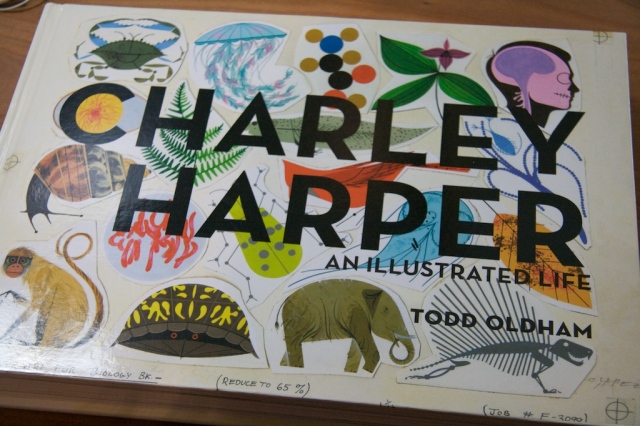 Mr. Harper was a printmaker, artist, graphic designer who has become much more appreciated and famous lately.  There are puzzles large and small, books, prints, calendars, mugs and more.  I recently passed down a jigsaw puzzle with a Charley Harper graphic to a good friend who extravagantly returned the favor by presenting me with this: 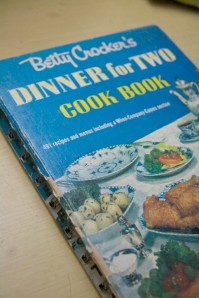 This is the one and only cookbook Charley Harper illustrated.   Commissioned by General Mills, it was his first commission in book illustration.

Mr. Harper was rushed on this project.  When asked for his recollection on it, he mostly recalls getting Strep Throat doing this project.  Further and later in his career he chafed at portraying the “happy housewife” in a project requested by Proctor and Gamble.

Knowing that puts the humor and the energy in the illustrations in context.  I love the little jokes that he’s woven into each illustration.  Every page has one.  These combined with the era of food photos before food styling, recipes that include as many Betty Crocker/Gold Medal/SoftasSilk Flour/Bisquick/Brown n’Serve mentions as possible, and Harper’s feverish illustrations make for a brilliant and humorous time capsule to the past. 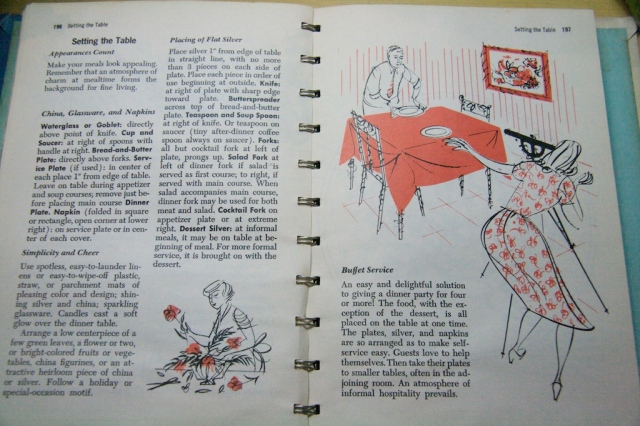 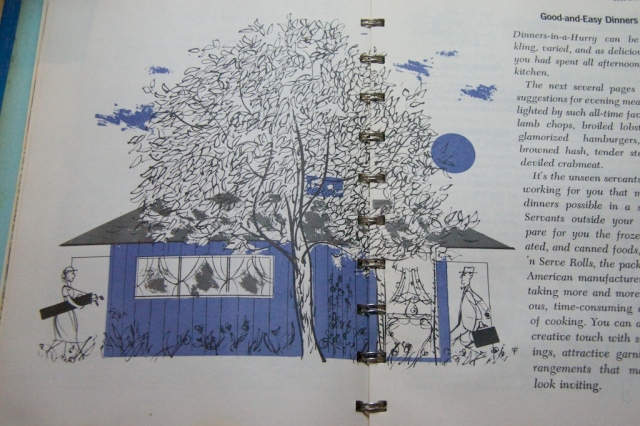 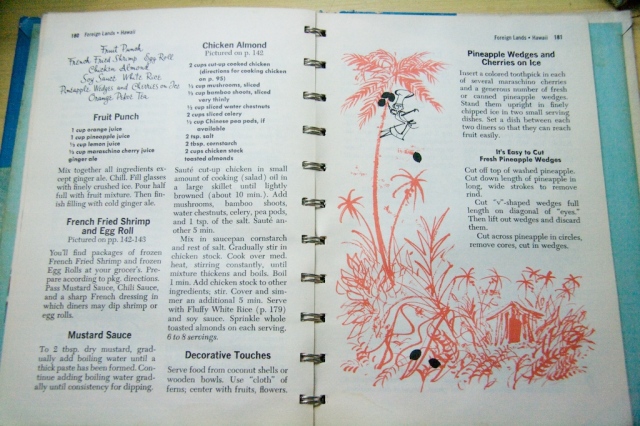