It’s been an unseasonably warm December in the Bay area. So much so that it doesn’t look like we’ll be skiing soon. Or snowball fighting.

I made some surrogate ‘snowballs’ to have around.

The bonus benefit is that they’re less icy, and I don’t have to worry as much about one being shoved down my back or pelted at me. 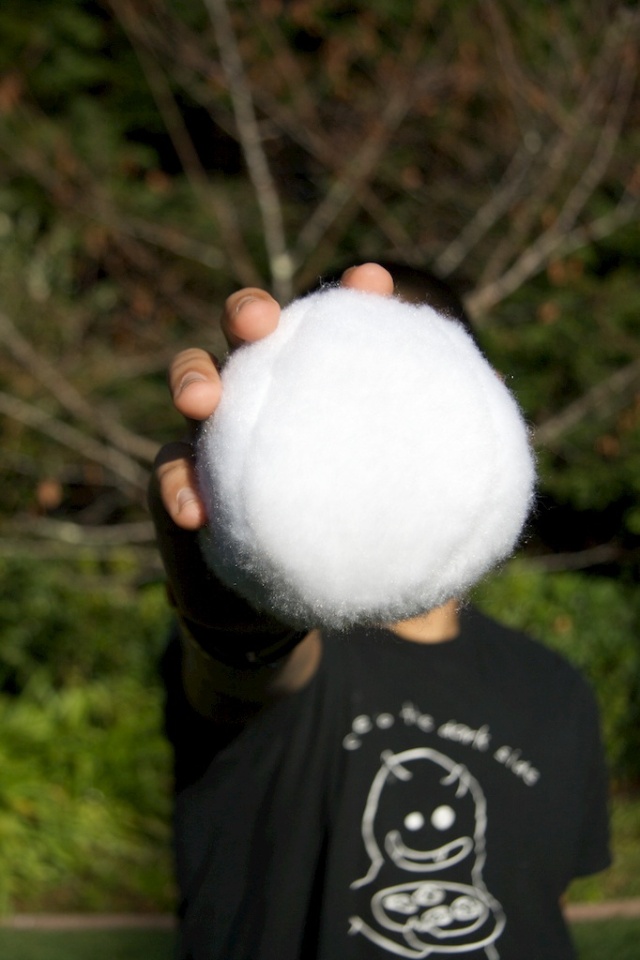 If you want to make some of your own, go to Rust and Sunshine’s site. I was going to create a pattern and write a tutorial, but I googled and found hers. Why redo a good thing?
For the larger one, I made a pattern on my own – the larger one has 6 sections as I was afraid Rust and Sunshine’s ball pattern with 4 sections might look too cube-ish expanded bigger. (Let me know in comments if you’re interested in that pattern and I’ll write something up)

The smaller ones feel more genuine, I think. Even though they’re not made of snow. Or ice. Or snow and ice mixed with rocks. And they’re not cold. And hard.

And they don’t leave you dazed and confused after being hit in the head.

Come to think of it, I like these a whole lot better than the real ones.