It must be in the conqueror’s handbook; Go conquer a city, topple existing monuments and use the pieces to construct new edifices serving the new rules and new gods.
The same story all over Europe with churches and castles built on and of the ruins of druid religions is told here with Muslim rulers destroying and rebuilding with blocks from Hindu temples.

At the Qutb (Qutab – I saw it spelled both ways) complex in New Delhi, the columns looked like they were stacked up like Lego blocks with pieces interchangeably mixed up from different destroyed temples. Different pieces of sandstone blocks mingle with other ones. Some match, others do not.
Many of the Hindu god carvings were defaced (literally) but some remained, because their faces were generic enough for the Mughal rulers. The ‘demon’ carving can be seen often in the stacks. I’m told that in the Hindi temples, they were carved in because this god lived for at least 1000 years and their wish in carving him in was for their temples to stand over 1000 years. 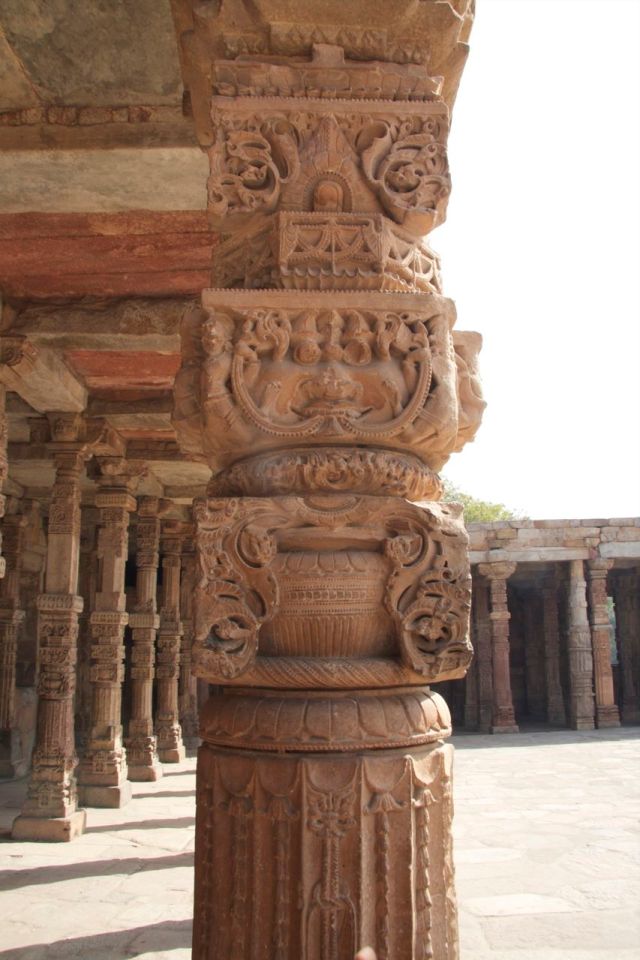 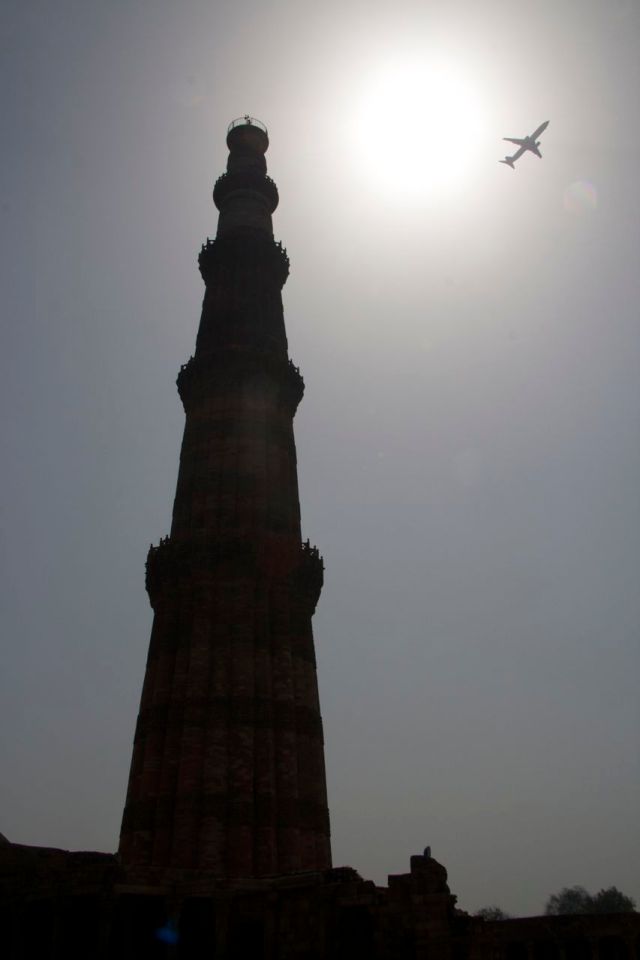 Ironically, the columns have probably lived on 1000+ years. I don’t know how long the carvings existed as Hindi temple pieces, but the Mughal ruler, Qutab-ud-din Aibak, started his building project in 1200 AD.