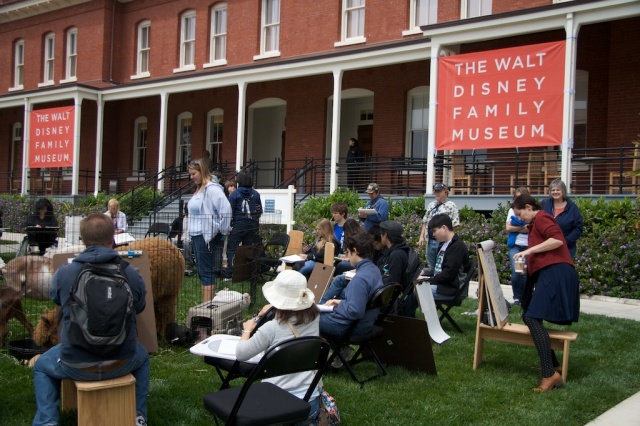 The Walt Disney Family Museum opened in the Presidio in San Francisco in 2009. It’s housed in a former Army barrack. 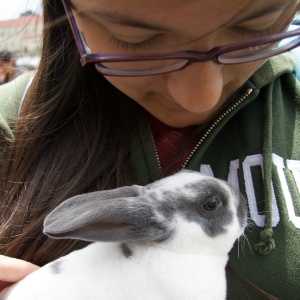 There was  sketching from live animals this weekend in front of the museum, so we packed up and went to check things out.  I wasn’t expecting to be as knocked out by the museum as I was.

Besides the two hours spent outside sketching and petting animals, we spent another two in the museum which easily could have been four to six hours, had hunger and Disney saturation not set in.  By the way, I’d mistakenly thought of the museum as a ‘family’ museum – like The Exploratorium in SF, or The Tech in San Jose.  While the Walt Disney Family Museum is a museum that is family friendly, the ‘family’ part of the museum’s title refers to the Disney family – as in mom, dad, brother, wife, etc. 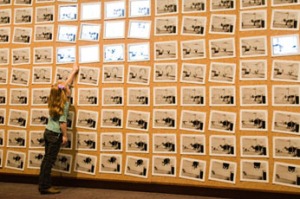 A wall of 348 frames drawn by Ub Iwerks for "Steamboat Willie" makes up only 16 seconds of footage. Photo by Jim Spirakis, Courtesy The Walt Disney Family Museum

The displays were as sophisticated and whimsical as I have ever seen in any museum. The Disney dedication to telling a story creatively, and through pictures, animation, and interactive displays is in full force here.  And whether you’re a fan of the Disney corporation or not, and even taking into account that the museum is owned and operated by the Walt Disney Family Foundation,  there is no doubt that Walt Disney was an incredibly optimistic,  a tremendous risk taker and innovator, and extraordinary person.